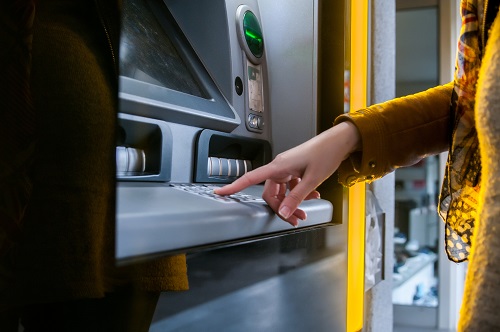 Following the announcement that the Supreme Court have upheld the Court of Appeal decision that ATMs should not be treated as separate hereditaments, we look at the implications for Local Authorities.

For a number of years, the Valuation Office Agency (VOA) has been separately rating ATMs housed both internally and externally by supermarkets, other retailers and banks. During the 2010 rating list, some ratepayers appealed this decision and it has flowed through the court system for almost ten years. The issue has recently been finalised through the decision of the Supreme Court. This decision will mean that the VOA will be deleting the vast majority of ATMs from the rating list and in most cases, it is unlikely that the main assessment valuation will increase. Local Authorities will therefore be required to refund the rates paid, without any increase elsewhere.

Potential value of business rates ATM refunds
Whilst the Supreme Court case involved just a small number of test cases, the precedent applies to all relevant ATMs, many of which have been separately appealed during the 2010 list period, but which were stayed pending the outcome of this case.

So, the period of refunds will relate to rates paid over the last 10 years and whilst individually, the amounts may be relatively small, the overall national figure being quoted is estimated to be in the region of £430 million, a large chunk of which will be directly funded through Local Authorities’ retained rates.

Local Authority liability
Once the Valuation Office Agency (VOA) updates both the 2010 and 2017 rating lists our valuation experts here at Wilks Head & Eve (WHE) estimate that this could cost Local Authorities in excess of £100 million in retained rates. There is no doubt that dealing with such a large number of changes will take the VOA some time, but it will occur, and Local Authorities will need to ensure that they have sufficient provision.

Not too late to forecast for this loss
For a number of years, our forecasting has provided for these losses and so existing clients (whilst not necessarily being an outcome they wanted) will already have the provision in place to deal with these refunds, but it is not too late for other Local Authorities to develop the necessary provision to deal with the business rates ATM refunds that are likely to happen over the next year or two.

We are aware that there may be a number of Local Authorities out there however, who now face the prospect of a loss for which they have no provision. With the expectation that the VOA will take some time to process and update the list on the basis of this decision, it is not too late for Councils to seek assistance with their forecasting for losses before it unduly impacts Council finances.

Our approach to forecasting for losses
We believe the Wilks Head & Eve approach to forecasting is one of the most accurate out there and have published numerous articles on the topic. Taking an all-encompassing approach, we don’t just rely solely on stats, algorithms and general trends, we drill down to the local data and take a line-by-line approach. This case is an example of how our approach enables more accurate provisions. The decision does not mean that all ATMs are not rateable, just that those housed within or on larger hereditaments should not be separate. It therefore takes a line by line approach to identify the real losses that are likely.

The fact that we have in-house valuation experts with decades worth of experience also enables us to forecast for the ‘unknowns’ ensuring our clients are protected when it comes to major decisions being made on appeals which have far-reaching financial implications.

Councils already factoring in this decision
Mark Fearn, Programme Leader from Walsall Council is an existing client using the WHE forecasting service and says “thanks to us engaging the services of Wilks Head & Eve, we are confident that we are fully prepared for any losses the Council may incur as a result of the decision to reverse the ruling on ATM’s being treated as separate hereditaments. We have long been made aware that this could be a likely outcome and have been able to make provisions for this accordingly.”